Opposing the “Anti-Terrorism Act of 2020,”  the Youth of the Iglesia Filipina Independiente (YIFI) urged President Rodrigo Duterte to veto the proposed legislation which Congress approved on June 3.  The proposed anti-terrorism law now awaits the President’s signature following its receipt on June 9.

In a statement on June 11, the youth organization’s National Youth Executive Council strongly called on the government to “junk the problematic Anti-Terror Bill (ATB).” The group expressed its adamant opposition to the said measure fearing it could be turned into a weapon against public dissent and government opposition.

Weaponizing the anti-terror law would not spare perceived government critics in the church sector, the group believes.

“The bill can be weaponized to silence legitimate dissent and righteous indignation … [and] can put at risk prophetic church ministries,” said the group. Noting the government’s “spotty record in human rights,” YIFI said they are anxious about the measure being used to “legitimize the red-tagging and harassment.”

Under the bill, a “suspected terrorist” can be detained without a warrant for a maximum of 24 days, placed under surveillance for a maximum of 90 days, and face life imprisonment for vague and overboard “terrorist acts.”

YIFI is among the church organizations that have publicly condemned the proposed anti-terrorism law, which it also described as a cause of “worry for the health of our democracy.” The youth council said that the bill “basically bypasses due process and the judiciary system” by creating an Anti-Terrorism Council that can assign people as suspected terrorists.

The youth organization noted the increasing momentum against the ATB and pledged its support in building continued public opposition. It urged young people in the church to continue expressing their outrage against the proposed law.

“Even as the bill seems good as signed, let us continue to participate in campaigns to junk ATB, encourage our lawmakers to publicly renounce their vote and denounce the measure, get friends to read the bill if only to raise awareness of the legislative process, ask the President to use his veto powers and, if all else fails, hope for the Supreme Court to declare the problematic provisions of the law unconstitutional. Let us also pray for the preservation of our democracy, which has unfortunately shrunken while the COVID-19 enemy grew formidably,” said the statement.

YIFI’s statement on next page 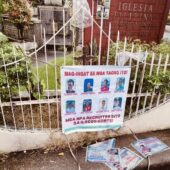 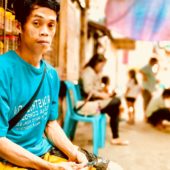