Two weeks to the May 2019 midterm elections, a group of faithful from the Iglesia Filipina Independiente (IFI) declare support for 10 senatorial bets.

“We take ourselves to the electoral frontlines championing an independent, patriotic and pro-people Senate,” said the group in a statement released on April 30. They then proceeded to name the following:

The group of some 150 Aglipayan bishops, priests and lay now identify as the Church People for an Independent Senate (CPIS), a movement supporting an already widespread advocacy. The members established CPIS at the conclusion of “Why Do We Need An Independent Senate?” gathering on April 30 at IFI Conference Center on 1500 Taft Avenue, Ermita, Manila.

Citing China’s disrespectful intrusion in the West Philippine Sea, the human rights violations in the tokhang campaign and the all-out war against the revolutionary movement, an erring charter change initiative and policies that violate people’s rights to assemble and protest, among other issues, CPIS said: “This gloomy picture stokes us as Christians to defeat the current attempt to systematize an evidently harmful partisan rule over our land — through these midterm elections, in securing dominion over all crucial democratic institutions.”

Against the backdrop of violence, suffering and inequity spawned by the current administration, the group claimed, the President’s “apparent manoeuvrings” point to efforts at dominating the Senate, the last democratic institution not under his supermajority.

CPIS is now comprised of IFI faithful from Metro Manila, Cavite, Laguna, Rizal, Pampanga, Batangas and Palawan. Lead convenor is Francis Gealogo, a history professor at Ateneo de Manila University and an IFI faithful from the Diocese of Cavite.

In explaining what is a break from an IFI election practice that had avoided expressly supporting bets, Gealogo explained: “We must reflect as Christians on some baselines for our bets. We must elect a candidate for life, not death; for liberty, not oppression; for the freedom of our land, not foreign occupation; for the majority poor, not the elite.”

“With these,” he noted, “our movement hopes to unite with a bigger advocacy to frustrate the President’s attempts to monopolize political power and plunge our nation into tyranny.”

“As people of faith,” the statement continued, “this break from tradition is an unequivocal expression of faith in these dangerous times; our partisanship is for the sanctity of human life and the dignity of the human person, and for the values of justice and peace, which are the crux of the Gospel.”

“I speak on and in behalf of many young people who hope for a better nation when I say we must stop the President from taking full control of the Senate. If his minions — most of whom lack the credentials and moral compass to faithfully do their job — end up dominating the Senate, a disaster would befall our country,” said Vaughn Alviar, CPIS youth convenor and chairperson of ecumenical youth group Kalipunan ng Kristiyanong Kabataan sa Pilipinas. “There is no better, more Christian way to approach these elections than to acknowledge the struggles of the poor, vulnerable and victims, and to make sure that our votes speak for their interest. If this involves naming names, then so be it.”

“We believe that Christians should take an active role in the elections,” CPIS women convenor Ludy Comeling explained, “for democracy and the common good are issues at the heart of the Christian faith.”

Gealogo hopes CPIS could grow beyond the Tagalog region and to individuals in Northern Luzon, Visayas and Mindanao.

“As Christians, we should see our votes as a fulfilment of our religious and moral obligation to champion social justice, human dignity and democracy,” he said. “We must not skirt the Church’s role in the elections, especially not in these times.” 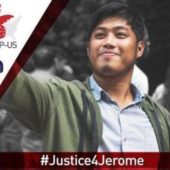 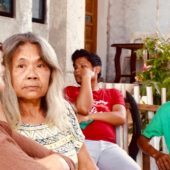