The heavy rain did not deter Filipino women workers and scores of advocates from commemorating the International Women’s Day, today, March 8, 2018, in a protest action in Manila.

During the gathering, women’s rights and advocacy group Gabriela said “women are on the war path against Mad Dog-ong” for economic policies that perpetuate and worsen poverty in the country.

President Duterte has repeatedly earned the ire of various women’s rights group for his sexist remarks, of which among the most recent is to have women guerrilla fighters shot in their vaginas.

Gabriela said President Duterte is “facing increasing isolation with his puppetry and fascist abuses. This may explain why he is targeting women in his political attacks, but women will persevere to make him accountable for his crimes.” (RPRD News) 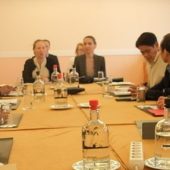 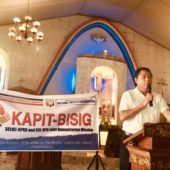