A Filipino Moro rights advocate was subjected to a 28-hour torture and inhuman treatment by the US Department of Homeland Security and US Customs and Border Protection from April 17 to 19, 2018 upon arriving at the San Francisco International Airport for a speaking tour organized by various ecumenical and human rights groups.

“The torture and inhumane treatment that Jerome Succor Aba was subjected to cannot be swept under the rug,” said Bishop Ronel Fabriquer, chairperson of the board of the Ramento Project for Rights Defenders (RPRD), the advocacy arm of the Iglesia Filipina Independiente.

In a statement, human rights group Karapatan said Aba was stripped naked and was kept handcuffed all throughout his interrogation, where he accused of being a terrorist. US authorities also denied him of food and water and even disrespected the religious beliefs of Aba, a Muslim, by deliberately serving him a ham sandwich.

The account of Aba’s torture may be read here.

“His account is horrifying and enraging. It is despicable,” said Bishop Fabriquer.

In a recently-issued statement, Karapatan also challenged President Duterte to lodge a diplomatic protest against the United States government for Aba’s horrifying ordeal.

Bishop Fabriquer could not agree more, adding that President Duterte, during the electoral campaign and in the early days of his presidency, was known to have a strong stance against the United States government and its supposed political and economic interventions in the country and even its human rights record. Unfortunately, such stance has long ceased to exist.

“We remain hopeful, no matter how dim it may be, that the Philippine government will stand for its people. After all, this president is quite infamous for changing his mind often — perhaps, even too often. But this time, it must be for the better,” the bishop said. (RPRD News) 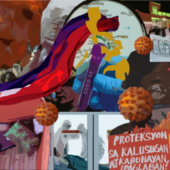 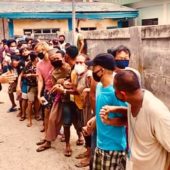