The Aktionsbündnis Menschenrechte – Philippinen (AMP) is deeply concerned about the severe human rights violations suffered by members of the Iglesia Filipina Independiente (IFI – Philippine Independent Church) which include the illegal arrest of Bishop Morales, the killing of two lay members, and the surveillance of IFI clergy.

Bishop Carlos Morales, Bishop of the IFI Diocese of Ozamiz, was arrested on May 11, 2017 at a checkpoint in the village of Gango in Ozamis City, Misamis Occidental while traveling in a car together with his wife, a driver, and Mr. Rommel Salinas, a peace consultant for the communist National Democratic Front of the Philippines (NDFP). After the arrest, the Bishop, his wife, and the driver were initially cleared to go as the arresting officers said they were only interested in Mr. Salinas. Since the arresting officers would not guarantee for Mr. Salinas’ safety, Bishop Morales, however, decided to stay with him. The following day, Bishop Morales and Mr. Salinas were charged with the illegal possession of explosives and have been imprisoned since then. Bishop Morales categorically denies any knowledge of the explosives, a hand grenade which was allegedly found in Mr. Salinas’ possession the day after the initial arrest. In the Philippines, illegal possession of arms or explosives is a common charge brought against human rights defenders and political activists on falsified evidence. Since it is a crime for which, under Philippine law, bail can be posted only in exceptional circumstances, many of the accused remain detained for years before finally being acquitted.

Meliton Catampongan was shot dead on July 10, 2017 in Alegria, Surigao del Norte by an unidentified gunman. Mr. Catampongan was a peasant leader, chairperson of the local chapter of the farmers’ organization Nagkahiusang Mag-uuma sa Surigao del Norte (NAMASUN), and a parish council member of the Alegria parish of the Diocese of Surigao. According to family members, Mr. Catampongan felt threatened after being harassed by alleged members of the military in March 2017.

On September 15, 2017, Erning Aykid and Aylan Lantoy were shot dead in Bulalacao, Oriental Mindoro. Mr. Aykid was an IFI lay minister and key person who worked with the indigenous Mangyan communities of Mindoro. In the past, he had been questioned by the military about his affiliation with the IFI and the NPA. Threats against him had increased after an armed encounter between the military and NPA in March 2017.

Finally, several members of the IFI clergy report open surveillance which they perceive as threatening. Several uniformed police officers and armed civilians regularly attend the church services of Rev. Grace Masegman and Rev. Fr. Jonash Joyohoy, both of whom work on human rights related programs of the IFI. They assume that these visits stand in connection to the church’s open criticism of the high number of extrajudicial killings in the so-called War on Drugs of the Duterte administration.

Because the IFI has always been vocal about injustice and human rights violations, the church has a history of being targeted by state security forces who accuse its members of supporting the communist rebels of the New People’s Army (NPA). This includes the murder of Bishop Alberto Ramento in 2006 and of the lay member and anti-mining activist Benjamin Bayles in 2010. We are extremely worried that the new cases of harassment and violence represent a resurgence of repression against the church which has somewhat decreased in recent years.

The Aktionsbündnis Menschenrechte – Philippinen therefore calls on the Philippine authorities to:

Immediately drop all unfounded charges against Bishop Carlos Morales and Rommel Salinas and to release them from jail,

Conduct a prompt, thorough, and impartial investigations into the killings of Meliton Catampongang, Erning Aykid and Aylan Lantoy and to hold the perpetrators accountable,

Immediately stop the surveillance of clergy of the Iglesia Filipina Independiente. 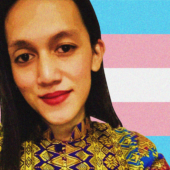 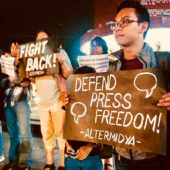