“They band themselves together against the life of the righteous and condemn the innocent to death.” (Psalm 94:21)

We, the Ecumenical Bishops Forum, the National Council of Churches in the Philippines and the Iglesia Filipina Independiente’s (IFI) Ramento Project for Rights Defenders, condemn the recent brandishing of church and civil society leaders as recruiters of the New People’s Army (NPA), the armed wing of the Communist Party of the Philippines (CPP).

Members of our organizations conducted a fact-finding mission (FFM) on July 17-19, 2022, to obtain data related to repeated attacks on IFI leaders Bishop Emelyn Dacuycuy and spouse Rev. Noel Dacuycuy of the Diocese of Batac, and Reverends Arvin Mangrubang and Randy Manicap of the Diocese of Laoag.

The group found that the very incidents that urged the three groups to mount the FFM were true: Unidentified individuals had posted and scattered in highly conspicuous places notices from a shadowy group called Tagapagtanggol ng Bayan Laban sa Komunismo (Nation’s Defenders against Communism) or Tabako telling the public to beware of the four ordained IFI members because they supposedly scout for communist combatants. These notices, distributed as tarpaulins, flyers and streamers, first appeared on June 3 and have surfaced sporadically since in various parts of Ilocos Norte, even at the frontages of IFI churches.

In the Philippines, because of the collapse of the peace talks between the Philippine government and the CPP’s National Democratic Front (CPP-NDFP), the establishment of the National Task Force to End Local Communist Armed Conflict (NTF-ELCAC) and the passage of the Anti-Terrorism Law of 2020, attempts to connect civil society figures with the communist rebellion — what we call “red-tagging” — have become exceedingly dangerous. Discourse on social media will show that many Filipinos are now unable to differentiate between combatants and noncombatants, as well as activists and terrorists. In many cases, red-tagging has led to trumped-up charges, surveillance, harassment and even extrajudicial killing.

True enough, each of the red-tagging victims at the FFM reported possible instances of surveillance, on top of the repeated and very public posting of the unfounded claims. Previous attempts to report said incidents to the authorities or dialogue with them were disenfranchising to the group. Some noted that the police seemed disinterested in acting on their reports beyond writing a blotter entry, and never provided updates or a clear plan of action. Others noted being victim-blamed and being asked to sign documents that declare them as unaffiliated to the NPA or as “surrenderees,” former NPA rebels who’ve decided to give up arms. A regional version of the NTF-ELCAC wrote a letter to the diocesan bishop of IFI in Laoag warning that the government would freeze the bank accounts of Rev. Mangrubang if the latter didn’t clear his name with the task force.

Other than being chronic, the vilification is observably contagious in that the cases can be traced back to the ministers’ involvements and interactions with previously red-tagged individuals and organizations. The red-tagging of the Dacuycuys began when they invited red-tagged youth leader Angelica Galimba, also affiliated with red-tagged Kabataan Partylist, to speak at a summer youth camp in the Diocese of Batac. Reverends Mangrubang and Manicap had been red-tagged as early as 2016. It stopped temporarily until, in 2020, they held a humanitarian mission with Alyansa dagiti Mannalon Iti Ilocos Norte (Alliance of Farmers in Ilocos Norte) or AMIN, whose red-tagged members also came to the FFM to offer their testimonies.

Furthermore, all four have been advocates of peasants’ rights, agrarian reform and peace talks, among others. Such calls have been targeted by red-taggers, among which NTF-ELCAC and dubious groups like Tabako. That views are vilified also means that the attacks are not isolated to church people but extend to other individuals embracing the same causes.

As such, red-tagging tramples the freedom of expression. It scares progressive individuals into silence and suppresses anti-government sentiments. It also discourages others from expressing opinions about social transformation. While the disinformation destroys reputations in the public eye, the perpetrators offer no evidence that would stand in the courts of law or plans to pursue legal routes that would allow the vilified individuals a proper defense.

Among the faith communities of the IFI, the attacks haver caused division and insecurity. Churches, which are supposed to be safe spaces and sanctuaries, now see the need to beef up security. The IFI parish where the Dacuycuys reside in Banna, Ilocos Norte, installed a CCTV system to ensure the household’s security. Other churches cannot afford solutions like that. Beyond that, the Dacuycuys and the two other red-tagged priests report mental distress and paranoia. So do their family members and closest friends.

We rejoice that, despite the red-tagging and other threats, the four subjects of the FFM and several other victims in Ilocos Norte expressed a persistent commitment to offering solidarity to vulnerable sectors. Boldly insisting on their innocence, they actively seek an audience with state forces and refuse to succumb to the pressure visited upon them, some even pursuing legal advice or action at their own expense.

The victims of red-tagging continue to see their service to the sectors as a faith imperative. Yet, while their situation allows us to see their courage, it is untenable.

Having validated the claims of Bishop Dacuycuy and Reverends Dacuycuy, Mangrubang and Manicap in the FFM, and considering the experiences of other victims of the rampant vilification who willingly shared their experiences with the delegation, we refuse to sit idly by. Therefore, we register the following:

-that churches of the world send missions to understand red-tagging and other attacks experienced by church people, and lobby against the red-tagging and the termination of the peace talks in the Philippines in the countries where they are situated

The stories of human rights defenders across sectors of civil society, including church people who persist in championing the world God wills, call on the universal church to collaborate so that the guilty are condemned and the innocent — the most concerned citizens and most conscientious Christians among us — do not suffer. 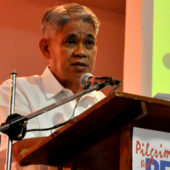 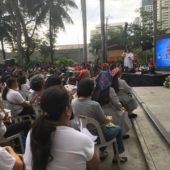