“Sabi nga ni Maria Ressa, “Hold the line.” Keep being brave. Keep telling the truth. Always focus on the value of the truth.”

Citizens must take the above traits to preserve and protect the truth, said Ramento Project for Rights Defenders (RPRD) Advocacy and Publication Officer Vaughn Geuseppe Alviar – also known as Koko – in an episode of weekly podcast Bulatlatan that premiered on July 21.

Alviar discussed “citizens’ role in truth-telling,” a topic timely for the era of post-truth, when groups and individuals have mistaken or opted to consume well-packaged lies as truth – called alternative facts and fake news in many circles. It has polarized citizens, enabled tyranny and impunity in many places, given rise to troll armies, and undermined the work and credibility of legitimate news sources.

Apart from working with RPRD, Alviar is also a contributing writer of the Philippine Daily Inquirer and has offered consultancy for media work to government agencies. He is concurrently the national deputy secretary of the Youth of Iglesia Filipina Independiente and the former chair of Kalipunan ng Kristiyanong Kabataan sa Pilipinas.

During the handling of the COVID-19 pandemic, government officials had clung to fake news and lies to get away with a dismal response: “Kung ako sa kanila, sisimulan ko nang magsabi ng katotohanan without yung kanilang masyadong far-fetched bias that does no good para sa ating mga mamamayan and only confuses some of us.”

“If we do not call out evil and falsehood for what it is, mawawalan tayo ng mga tao na poprotekta sa katotohanan na ito,” he said, encouraging advocates to keep on fighting to protect journalists. “There’s no other way. If we are not brave, if we keep silent on these issues, wala nang lalaban, wala nang magsasabi na mali sila, wala nang magsasabi na dapat ito yung pakinggan natin. Wala na tayong advocate.”

When the truth seems out of sight, he suggested looking for the victims as they can have the power to unify feuding camps: “The first thing is, look for people who are directly affected. Sa kaso ng ABS-CBN, sige alam kong magtatalo tayo sa kaso ng press freedom and to me it is really an issue of press freedom, pero let’s look for issues that add on to that and really enrich the discussion, such as yung issue ng labor.”

He offered up some practical suggestions for citizens who would like to participate in the fight against fake news: (1) actively search for fake news and purge them; (2) starve trolls and report them; (3) organize events to make people media literate; and (4) cross-reference.

He said: “Sometimes, we forget about victims, real happenings on the ground. We have to make sure na naco-cross reference natin lahat ng sides so that we can arrive at a conclusion na talagang informed.”

Ending his discussion, Alviar said participation in truth-telling is central to a healthy democracy. 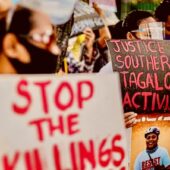 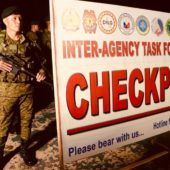