A human rights group has recently questioned the degrading strip search that visiting women relatives of political prisoners have to go through to visit their loved ones.

In a statement, Karapatan secretary general Cristina Palabay said there is “no compelling reason” to subject visiting relatives of political prisoners to such “arbitrary and humiliating jail policies” that also violate domestic laws on violence against women and policies regarding gender and development.

Karapatan said the Comprehensive Operations Manual of the Bureau of Jail Management and Penology requires their personnel to “apprise visitors of their rights, provide a witness to the search, adhere to GAD and VAWC related rules, and present the issuing of a waiver.”

Fe Cerillo, wife of political prisoner Rolando Carandang, said that on October 5, 2017, she was led to a comfort room where she was told by BJMP personnel to unbutton and lower hear pants and underwear to knee level. She was never apprised of her rights, there was no witness to the search and no waiver was ever presented to her.

Similar to Cerillo, the daughter of political prisoner Ferdinand Castillo was instructed to unlock her brassiere and unbutton her pants down to knee level last January 3. She was also not provided with a witness nor a waiver. On the same day, Nimfa Lanzanas, mother of political prisoner Edward Lanzanas also underwent the same search procedure as Castillo and Cerillo.

“Some of the relatives of prisoners have been undergoing strip searches without realizing that their rights have been wantonly violated. BJMP personnel either do not know their own procedures or are deliberately foregoing their responsibilities. Relatives of political prisoners have already been severely affected by the injustice of the illegal arrest and detention of their loved ones on the basis of trumped-up charges, the least they need is to be traumatized by being subjected to such degrading and humiliating procedures,” said Palabay.

The Ramento Project for Human Rights Defenders believes that this is not just mere “power-tripping” on the part of BJMP personnel but rather a reflection of the flawed system.

“In these incidents, human rights violations are being committed against the victims of these strip searches and their families on so many levels. The BJMP must answer these just queries as soon as possible,” RPRD Executive Director Fr. Jonash Joyohoy said. (RPRD News) 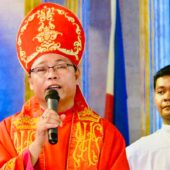 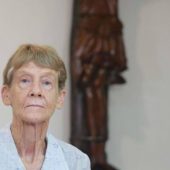