Fr. Jeremias Aquino was a priest in the Iglesia Filipina Independiente who joined the broad movement of church people who stood against Martial Law.

After graduating with honors from St. Andrew’s Theological Seminary on 1974, he took his ministry among the workers who were fighting against labor exploitation and worked for the Workers Institute for Social Enlightenment under the National Council of Churches in the Philippines and the Ecumenical Center for Development.

Fr. Aquino used the inspiration he gained from his involvement with the Student Christian Movement of the Philippines as a young seminarian to advocate for the cause of students and young people.

While ministering in the Diocese of Greater Manila, he held a position as student chaplain at the University of the Philippines. He received a position as diocesan youth director and program officer when he relocated to the Diocese of Laoag in Ilocos Norte. He was also a member of the team for the rural youth initiative of the Christian Conference of Asia in the country.

In September 1979, Fr. Aquino was arrested at a police checkpoint in Sadanga, Mountain Province for his activism. He was held at the Bontoc constabulary stockade with several companions before he was transferred to the Bicutan jail in Metro Manila.

He was released on Christmas Eve 1980, along with other political detainees, after a period of fasting and hunger strikes to protest prison conditions.

He also wrote about the country’s social ills and hardships of the Filipino people under Martial Law, and the liberating role of the ecumenical movement and the Iglesia Filipina Independiente in fighting against the regime’s injustices.

On December 14, 1981, Fr. Aquino died in a hospital in Manila after a week of fighting for his life following a road accident that many suspected was part of a plot to kill him. He died at the age of 32. 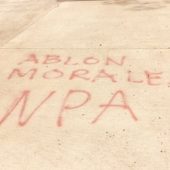 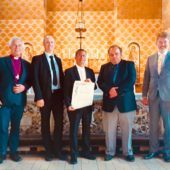