The legal consultant of the National Democratic Front of the Philippines Negotiating Panel assailed the rearrest order of the three peace consultants who are currently facing trumped-up charges before a Manila court.

The three consultants, spouses Benito Tiamzon and Wilma Austria and Adel Silva, were freed under the present administration due to the strong clamor from various human rights and peace advocates to allow them to participate in the peace negotiations, where Tiamzon is a member of the negotiating panel and the latter two are political consultants.

In a statement, NDFP Negotiating Panel legal consultant Edre Olalia reiterated that the peace negotiations “have not yet been terminated properly and in accordance with the solemn and binding protocol mutually agreed upon by the parties.”

“A unilateral declaration by one side without the proper written notice duly receipted by the other, no matter how categorical yet at the same unjustified, does not make the grade and does not bind the latter,” Olalia, who is also one of the co-counsels of the Tiamzon spouses, added.

The recommitment order for the three consultants may possibly discourage others from participating in the peace negotiations “if the protections and guarantees of safety and immunity for such involvement can easily be brushed aside, even under the colorable legal theatre of one party.”

The military alleged that they are ranking leaders of the Communist Party of the Philippines and included them as among those behind the infamous trumped-up Hilongos multiple murder charges.

Olalia said the filing of a motion reconsideration remains an option “even if seemingly a long shot under the present circumstances.” (RPRD News) 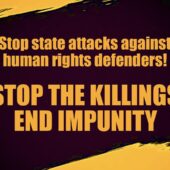 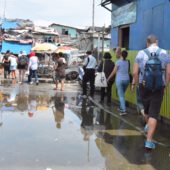