Faith-based activist Aldeem Yañez was arrested in Cagayan De Oro on Passion Sunday. Police took Yañez from his residence in Iponan at 3 am on April 10, 2022.

Yañez is a volunteer staff of the Visayas-Mindanao Regional Office for Development, the longest-running development program of the Iglesia Filipina Independiente (IFI). He also served as the president of the IFI’s national youth group.

In a statement posted on its official Facebook account, the IFI Obispado Maximo claimed that police used a defective warrant to get Yañez under their custody and then planted firearms and ammunition on him.

The statement said Yañez was “clearly a victim of trumped up charges” and that the “accusations against him are unbelievable.”

The Promotion of Church People’s Response-Northern Mindanao Region also condemned the arrest, saying it was part of the government’s crackdown on activists.

“The way in which (Yañez) was apprehended and the charges he faces are not new. The government has always used this filthy trick to smear the names of people who advocate for social justice. The state continues to charge human rights advocates with non-bailable offenses in order to keep them in prison and obstruct their efforts to promote justice, peace, and genuine development,” the organization’s statement read.

The group urged activists to call for the immediate release of Yañez.

Yañez was also part of GenSan 13, a group of activists and development workers arrested in July 2018. 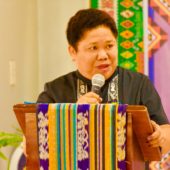 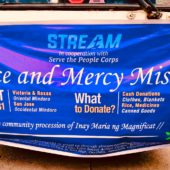