EXPECT no lockdown to stop conversations in a country with the most active netizens on the planet.

A Filipino holed up at home because of COVID-19 would naturally gravitate towards the Internet, looking for the next viral topic and then chiming in with their insights, for better or for worse.

Among the topics that caught on were issues on human rights and governance. Have policies violated fundamental freedoms? Has the government been trampling on our rights? Is there actually a “lockdown crackdown”?

To say much has been said is an understatement. But, quantity and quality are two different things. Some opinions make sense while others are just mindless; some may be true, others false.

The Ramento Project for Rights Defenders shortlisted eight human rights topics that went viral over the lockdown period, endeavoring to explain them — with emphasis on quality, of course.

This was the opening salvo. It basically provided legitimacy to all other home-based campaigns in the Philippines.

Year 2019 was defined by street protests, registering record numbers of mobilizations worldwide. However, COVID-19 lockdowns beginning in early-2020 have prohibited gatherings in public spaces, such as rallies.

Suddenly, people were grounded at home. But, with nothing better to do, it didn’t take long for them to realize their own home was a democratic space, they were still citizens who had the right to get involved and opinions from home did not break rules on social distancing.

In some countries, protests from home meant people chanting, singing or clanging pans from their balconies. Meanwhile, Filipinos have taken the fight to the national niche, social media. Platforms like Facebook and Twitter have become arenas.

This rose as a reaction to “VIP testing.”

Just to eliminate confusion, let us quickly illustrate its meaning: Just like mass weddings and graves don’t involve everyone tying the knot or getting buried, mass testing does not mean testing the whole nation. It does, however, cast a wider net.

The World Health Organization itself noted that mass testing is crucial. Local experts have kept saying the lockdown would be futile without it. In the US, which recently breached 100,000 deaths due to COVID-19, an early lack of it is called by epidemiologists as “the original sin.”

Here’s hoping 1.5 to 2 percent of the nation (as set by the government) gets tested ASAP.

The same could not be said for ordinary citizens locked up for violating the curfew, a policy criticized as counterproductive. Social workers and volunteers also got arrested during relief efforts for alleged violations of the Bayanihan to Heal As One Act and other laws that could have thrown the three viral officials in jail. Furthermore, a spate of warrantless arrests and needless public apologies involving social media posts drew flak from netizens.

Perhaps compassion has no place  in a purge on dissent if you are on the wrong side of the aisle. Sad.

First of all, cooperation is not the same as silence. Airing concerns also isn’t noncooperation by default.

Besides, one simply should not keep quiet if the government continues in its old, nefarious tactics that end lives even when it should focus on providing assistance supposedly to protect our right to life in these challenging times.

Yes, it has continued to silence critics and feed a culture of impunity. An unfortunate proof is a growing list of activists felled during the lockdown.

On May 5, ABS-CBN went offline as the National Telecommunications Commission (NTC) issued a cease-and-desist order against its operation. Back in March, it committed to keep the network on air while Congress deliberated on the franchise renewal.

Netizens were quick to react to the unexpected shutdown of the Kapamilya network, arguing about whether or not the move was legal or fair or necessary. From labor and corporate laws to legal doctrines in Latin (“dura lex sed lex”) to very distasteful fallacies and illogical connections, it has been divisive.

It has to be said that the NTC arrived at a fork in the road because of delayed hearings on the franchise renewal in Congress (why this came to be is also argued, some even citing pressure from the President). As of this writing, the closure is unresolved.

With Channel 2 unable to air, ABS-CBN is reportedly bleeding P35 million daily. Dragging the hearings on could force the network to fold, let go of 11,000+ people and end its public-service programs. Granting this was not an attack on press freedom, it still counts as Congress’ epic fail. It failed to do what voters elected and taxpayers pay it for — an error that may cost jobs, tax revenues and a credible news source in a time of post-truth. It is undoubtedly causing a “chilling effect” on all of the Fourth Estate.

It is ironic that a law to curb terrorism is being dubbed a “monster.”

On May 29, the House committees on Public Order and Safety and on Defense and Security adopted Senate Bill No. 1093 and approved a similar counterpart bill (House Bill No. 6875) for plenary debate. On June 1, the President certified the proposed Anti-Terrorism Act of 2020 as urgent. It was passed two days later.

Questioning how the measure advanced amid a crisis, netizens countered with #JunkTerrorBill. They echoed criticisms claiming that the overboard definitions of terrorism, fewer restraints on law enforcers, and more stringent punishments could lead to greater rights violations.

The Bayanihan to Heal as One Act has given President Duterte emergency powers to better address the country’s needs in its fight versus COVID-19.

Among others, the law granted the President the power to discontinue programs or activities in any agency of the executive branch, including government-owned and -controlled corporations, so that the savings could be repurposed for amelioration programs, healthcare support and other initiatives combatting the pandemic.

Where’d the money go in the first place?

Enacted on March 24, the law is set to expire after three months unless extended by Congress, something the Office of the President is out for. It is hoping to keep the powers until September supposedly because the end of COVID-19 is not in sight yet (“the end” could be June 24 next year, claims Cagayan de Oro City Rep. Rufus Rodriguez, who filed for the extension in Congress).

Some would have no qualms accepting this push, claiming COVID-19 is really a formidable foe. Many are wary about it, though. From the beginning of the community quarantines, individuals and groups have asked for more transparency, more medical and less militaristic solutions, and more equitable and efficient assistance programs — largely unheeded calls.

The country now holds the record for the world’s longest lockdown. The President himself says funds are running low, too. What will the powers do with no resources left? And where’d the money go in the first place?

This means the world will never be the same again (at least until we have no vaccine). You can go out but only if you observe the “minimum health and safety standards.” If you can do things without physical presence, choose that. The “new normal” is living with your guard up.

But, solutions may be inaccessible to some. Home gardens may not apply to slums. The poor may not afford online learning. How can farmers work from home? COVID-19 taught us that not all people can afford even bare minimums; that some key factors — healthcare, resilience, equality — have not been prioritized as they should. These learnings can’t be left out in this restart. 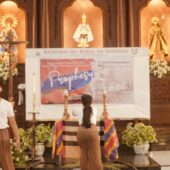 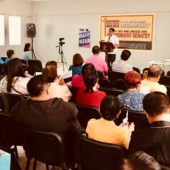