A month after Taal volcano’s eruption, people ravaged by the unforeseen calamity now struggle to bring a sense of normalcy into their lives, noted Rev. Cesar Hilario of the Iglesia Filipina Independiente.

“People are now starting afresh following a month of difficulty and uncertainty, trying to cope with their new situation,” the priest said.

He warned of the looming threat to displaced families, especially to their right to a permanent domicile, as news came that the government mandated forced relocation on several towns surrounding Taal volcano. Residents expressed disagreement with the plan citing the loss not only of their homes but also of their livelihoods.

Rev. Hilario is the priest assigned to the IFI Parish of Our Lady of Peace and Good Voyage, in Malaking Pulo, Tanauan, Batangas. At the instance of the eruption, his parish was declared as the relief operations center of South Central Luzon Bishops Conference (SCLBC) of IFI.

On Feb. 16, Rev. Hilario held a Thanksgiving Mass at the Tanauan church to pray for the families and communities severely affected by the eruption.

“In prayerful solidarity with the victims and survivors of the Taal volcano eruption,” he told his congregation, “we celebrate this Eucharist to express our love and concern for them.”

On the day marking the first month after the eruption, the priest will lead a relief mission to Barangay Maria Paz in Tanauan, where around 700 families need food, hygienic and medical aid.

“Our solidarity grows more and more as we express concretely our concern for them through prayers and acts of charity,” the priest said.

Rev. Hilario is the coordinator of Kapit-Bisig in the Diocese of Maquebaca, which has jurisdiction over the province of Batangas. Specifically, the priest serves as the lead person in facilitating relief assistance to displaced families and affected communities from and within the towns of Tanauan and Talisay in Batangas. He is also a known human rights advocate and the current chair of the SCL National Priests Organization.

However, he also observed that relief assistance tends to concentrate on communities highlighted on media reports and the social media, leaving many other needy communities empty-handed.

“This is why I am thankful particularly to the SCLBC. It has incarnated the Church by coming out with Kapit-Bisig. The initiative enabled us to reach out and offer relief assistance to the most vulnerable and needy families,” Rev. Hilario said. “I sincerely hope Kapit-Bisig’s spirit will be felt elsewhere, even beyond the calamity generated by the Taal eruption and other natural disasters.”

He encouraged more churches to involve themselves with Kapit-Bisig and other humanitarian responses for their benefits to faith communities.

He said: “Responding to a calamities like the eruption of the Taal volcano involves the Church not only with works of compassion and charity. It also becomes an occasion to stand for social justice and human rights on behalf of the marginalized and most vulnerable.” 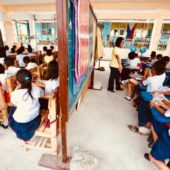 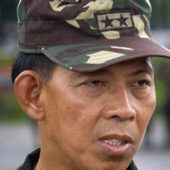