An elderly pastor of the United Church of Christ in the Philippines (UCCP) who sits as chairperson of human rights watchdog Karapatan in Bicol was arrested by authorities on July 9 for alleged murder.

Combined elements of the municipal Philippine National Police and the Criminal Investigation and Detection Group stormed the residence of Pastor Dan San Andres, 61, in Sipocot, Camarines Sur, at 12:55 pm on Thursday for the double murder of soldiers in an ambush in Ragay town supposedly conducted by the New People’s Army in May 2018.

Authorities arrested the Karapatan-Bikol head two days after barangay councilor Jenelyn Nagrampa, Chairperson of Bicolana Gabriela, was taken into custody for the same charges. Karapatan and Gabriela had been publicly red-tagged by state agents on various occasions.

Bishop Joel Tendero of the UCCP South Luzon Jurisdictional Area, where the pastor belongs, noted that the arresting authorities cordoned off Rev. San Andres’ residence as early as 11 am, pending a warrant of arrest. They took the pastor into custody as soon as the document arrived.

The bishop expressed concern over the security and health of the pastor, who is currently held at the Sipocot Municipal Jail with Nagrampa.

The UCCP leadership has yet to release an official statement on the arrest.

Karapatan General Secretary Cristina Palabay, on the other hand, was quick to release a statement via Facebook post: “Karapatan condemns the arrest of our Bicol chapter chairperson Pastor Dan San Andres and woman human rights defender Jenelyn Nagrampa as part of the Duterte administration’s continuing crackdown and criminalization of human rights defenders.”

In relation to the accusations hurled at them, both Rev. San Andres and Nagrampa filed their respective counter affidavits last December 2019 during a preliminary investigation. They denied participation in the deadly incident. The pastor claimed he was conducting a worship in the UCCP parish in South Centro, Sipocot. Nagrampa, on the other hand, was campaigning for the barangay elections in San Isidro, Nabua town.

“With the enactment of the Anti-Terrorism Act of 2020, such incidents and patterns of rights violations are expected to intensify, in the mad rampage against rights defenders, dissenters and critics of this administration,” noted Palabay. “We demand the immediate release of Pastor Dan San Andres and Jenelyn Nagrampa, as we call for the halt to all forms of attacks against human rights defenders in the Philippines.” 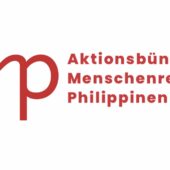 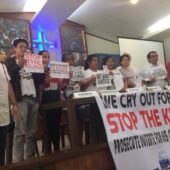