(Editor’s note: With “Defender’s Journal,” the Ramento Project for Rights Defenders is open to publishing pieces from human rights defenders. Narrate your experiences, share about your advocacy and more. You may send us your articles via the RPRD Facebook page.)

Accepting the challenge to stand up for other people’s rights is never an easy thing. It comes with failing, learning and knowing how to stand again.

It was half past 11 in the morning of  May 1 when family, friends and colleagues of Jory Porquia were arrested in Iloilo City while demanding justice for his death. We gathered for a peaceful indignation caravan, which authorities perceived differently. I was one of the 42 arrested that day. It was a first-hand experience of injustice. I never thought it would happen to me but it did.

We were peacefully waiting for other contingents to arrive when the first group of uniformed men approached us and asked about our plans. The negotiations went well. Our group thought that we would push through with our activity. But, before departing, another group from the Philippine National Police approached and told us to cancel our caravan for violating community quarantine protocols. After trying to bargain, the negotiations collapsed, and our group decided to disperse. Upon leaving, we were cordoned and told we would be arrested. No one understood what was happening. The only thing that was clear to us was that our constitutional rights were being violated by state forces.

I was scared, worried, angry and on the verge of tears. It was the first time something like this happened to me. I feared what could happen with police taking us one by one. I was worried about what my friends and family would feel – and think of me. I was worried about tomorrow. My eyes were watery but I didn’t cry because I was so angry. I even mustered up the courage to tell the police how I felt.

While being held under police custody, I repeatedly asked my fellow detainees: Shouldn’t this government be focusing on addressing the people’s needs in a time of crisis? Why would you kill someone like Jory (before being slain, he organized feeding programs), people who were helping the community survive? Why would you prioritize silencing critics? Upon stepping out of jail, I got the answers to my questions. I also knew the worst was yet to come.

Upon stepping out of jail, I got the answers to my questions. I also knew the worst was yet to come.

One month after our arrest, our nation became worse. What leader would be persistently deaf and blind to the people’s demands? Hundreds of thousands are set to lose their jobs and COVID-19 cases are rising without a clear plan for mass testing. We are taking loans here and there; selling our sovereignty; and seeing extrajudicial killings continue.

An “anti-terror” bill is being rushed – a measure excusing the warrantless arrests, detention without a case in court, wiretapping and surveillance, bank scrutiny and asset freezes of suspected terrorists, who could be branded without due process. It not only targets progressive groups but also other dissenters. With online tokhang, the arrest of home-based protesters, the shutdown of ABS-CBN, etc., this government no longer respects our rights to life and security, free speech, press freedom, freedom of assembly and association, and more.

While all these take place, we have no justice for some 30,000 drug suspects and 300 activists felled because of state policy, no freedom for more than 600 political prisoners, no accountability for the hundred incidents of government-led bombings, no peace for thousands of internally displaced people and thousands more caught and detained amid the pandemic, among others. After over two months, it is becoming clearer that Duterte’s priority is not the welfare of the people but the interests of butchers and warmongers. His approach has been truly unscientific and purely militaristic.

It is dumbfounding how this government is leaving us with no choice. Either we die of the infection without medical solutions to medical problems or brutally in the hands of state agents. Our President wants to cover up his incompetence by instilling fear among the people.

Now is the time to expose his incapacity to lead the nation. I encourage the Filipino youth to creatively fight for our democratic rights and the people’s interests. Let us demand our wellbeing and dignity, rightly deserved but outrightly neglected!

The Iloilo 42 were among at least 92 activists, workers and humanitarian volunteers arrested on Labor Day. Out on bail, the 42 were charged with disobedience to persons in authority, and violation of Batas Pambansa 880, the Law on Mandatory Reporting of Notifiable Diseases and the Bayanihan to Heal As One Act. 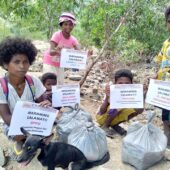 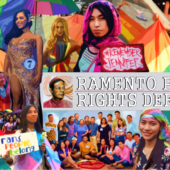