In what seems to be a series of tragic and enraging news these past few days, church leaders and church-based human rights defenders reiterated its commitment in standing with the marginalized in their struggle for achieving genuine and lasting peace.

“True to the words of our bishops, the IFI has no land to give, no wealth to offer; but we have ourselves to share. Our churches and establishments have always been open to everybody who seeks sanctuary especially the poor, oppressed and the marginalized,” said Bishop Felixberto Calang in a statement.

The series of killings and attacks on human rights violations began on January 29 with the killing of peasant leader Sergio Atay, who was gunned down in San Roque, Rizal town, Zamboanga del Norte. A day later, National Democratic Front of the Philippines (NDFP) peace consultant Randy Felix Malayao was killed while onboard a bus in Aritao, Nueva Vizcaya.

“We have lost good, selfless men who never thought twice about service to the Filipino people, about uplifting the lives of the marginalized, of changing the political and economic system that has led to the crisis and poverty of the Filipino people. We salute their courage as we vehemently condemn the cowardice of this regime,” Palabay added.

On January 29, two Lumad leaders Datu Jomorito Guaynon and Ireneo Udarbe were also disappeared and later surfaced and presented to the public as ranking rebel leaders.

Ramento Project for Rights Defenders executive director Revd Jonash Joyohoy said that as the IFI has repeatedly welcomed the Lumad and supported their struggle for land and peace, the Church, too, was not spared from the series of attacks.

“The Church and her faithful will not be cowed,” Revd Joyohoy added.

In Cagayan de Oro, IFI bishops and priests are openly being vilified as “terrorists” and supporters of the armed revolutionary movement. Bishop Calang said this is a “malicious and part of a well-planned effort to discredit our ministry that serve numerous communities — many of them underprivileged and attacked by the current government policies.”

This is not the first time that the IFI has been subjected to such red-tagging. IFI Bishop Antonio Ablon, too, was vilified last year. IFI priests Very Revd Christopher Ablon, Very Revd Marciano Carabio, Revd Jerome Lito and Revd Arnold Abuel were also subjected to surveillance and harassment on January 31.

“They want to intimidate us into silence because they know that our faith is an active service to the struggling people, which the state wants to crush,” Bishop Calang said.  (RPRD News) 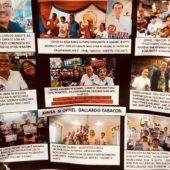 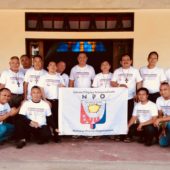