The United Church of Canada joined with 65 Canadian civil society organizations and numerous prominent individuals in a March 16 letter to Prime Minister Justin Trudeau saying the time for quiet diplomacy with Philippine President Rodrigo Duterte’s regime is over. Canada must speak up loudly against the rapidly deteriorating human rights situation in the Philippines.

The joint letter to the prime minister was precipitated by the “Bloody Sunday” massacre on March 7, 2021, of nine human rights defenders in the Philippines that directly impacted United Church partners.

One such mechanism is INVESTIGATE PH(opens in a new tab), an independent international investigation of the human rights situation in the Philippines being conducted by people’s organizations and civil society from around the world. The United Church is represented in this initiative through the Rev. Michael Blair, General Secretary, General Council, who is one of 11 INVESTIGATE PH Commissioners. INVESTIGATE PH’s Initial Report(opens in a new tab), released March 15, is the first of a series of reports that will be submitted to the UN Human Rights Council 48th Session in September 2021.

(Lifted from the United Church of Canada website. Link to the original article here https://united-church.ca/news/growing-alarm-human-rights-abuses-worsen-philippines) 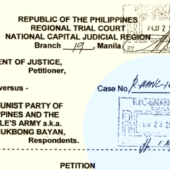 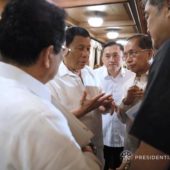