The Ramento Project for Rights Defenders (RPRD) expressed alarm over the government’s renewed red-tagging of the Iglesia Filipina Independiente (IFI).

In an online post of the National Task Force to End Local Communist Armed Conflict (NTF-ELCAC) on May 29, it listed the IFI as among the “open sectoral organizations” that recruit individuals into underground organizations.

“RPRD stands in solidarity with the IFI as she faces this ordeal. We call on the government to refrain from vilifying the IFI and from targeting and threatening our clergy and lay people with repressive acts,” said RPRD executive director Rev. Jonash Joyohoy.

He added that the NTF-ELCAC’s post only confirmed that the rampant red-tagging of Churches and other organizations was the government’s handiwork: “The post points to who really are behind the numerous violent attacks against our Church. This is compelling evidence that President Rodrigo Duterte’s government is behind the threats, harassment, intimidation and even death of a significant number of our clergy, lay people and church workers.”

The NTF-ELCAC, Rev. Joyohoy said, particularly used social media to popularize heavily spun stories and outright fake news in the past, reason it should not be trusted.

RPRD was founded in 2008 as a Church-based human rights group of the IFI. It was named after Obispo Maximo Alberto Ramento, an advocate of workers and peasants slain in 2006, at the height of a sweeping crackdown on human rights defenders.

NTF-ELCAC said that open sectoral organizations cooperated with the Communist Party of the Philippines in establishing “underground mass organizations” “for purposes of advancing and supporting” communist armed activities.

Rev. Joyohoy warned that the allegations would only lead to greater disbelief in government among faithful of IFI and the other faith-based groups named.

“We also express alarm that the red-tagging would be taken by state forces as a green light for violent and deadly attacks against the IFI, the other organizations implicated and people who are just expressing their honest opinions,” he said.

NTF-ELCAC’s post appeared the same day the House committees on Public Order and Safety, and on National Defense and Security, forwarded for plenary debate the proposed anti-terrorism bill, essentially adopting the Anti-Terrorism Act of 2020 that passed on third and final reading in the Senate in late February.

The measure, which replaces an act passed in 2007, carries broader definitions of terroristic acts, fewer restrictions on law enforcement and heightens punishment of convicted terrorists. Lawmakers opposed to the bill noted that the government could use terrorism charges to intimidate, arrest and jail activists, rights defenders and even just citizens airing their grievances.

Countless human rights organizations had expressed troubles with the bill even in its early stages in the legislative branch, claiming the government could use it to suppress dissent and silence critics with a surge of harassment cases, assassinations and enforced disappearances, among others.

RPRD advocacy officer Vaughn Alviar said the timing of the bill’s approval bares the government’s real priority during the nationwide lockdowns: “It is a disservice to the Filipino people that while citizens grapple with the COVID-19 pandemic and the governmental response is proving ineffective in reducing transmissions and healing patients, our leaders have failed to stop attacks on activists and locked in on the approval of the anti-terrorism bill.”

According to Alviar, the government’s fixation with passing a hostile bill further moves the country into a “pandemic police state,” where the government could weaponize the COVID-19 response to censure and silence dissenters.

“If anything, these paranoid actions are leading us to the authoritarian rule human rights activists and vanguards of democracy have been warning us against,” he said. “This will enable massive human rights violations.”

“This is a shameless affront to the IFI and an attack against its Christian faith and mission. This is nothing but a blatant attempt to discredit our Church, our bishops and priests, lay people and church workers who work with underprivileged groups and advocate for just peace and human rights,” Joyohoy lamented.

Alviar appealed to IFI faithful, saying it was an inescapable moral imperative for all her members to oppose the government’s brazen attempts to silence her.

“As passionate faithful of the IFI, we should stand firm and rise up against this grand evil scheme that aims to deprive our Church from pursuing God’s mission. Let us speak courageously and prophetically against forces that corrupt our faith heritage and impede our mission of doing justice,” he said. 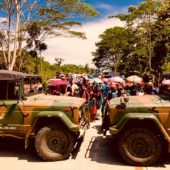 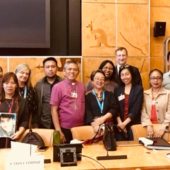