President Rodrigo Duterte is currently under fire over the revocation of the registration of online news media outfit Rappler over what appears to be a series of attack against media institutions and journalists who have been airing and publishing reports that are critical to government policies.

“This is pure and simple harassment, the seeming coup de grace to the relentless and malicious attacks against us since 2016,” Rappler said in a statement, referring to Duterte’s earlier threat to have the media outfit’s ownership investigated.

In a decision dated January 11, the Securities and Exchange en banc revoked Rappler’s Certificate of Incorporation over what it said was a violation of constitutional restrictions on ownership and control due to the funds that the media outfit is receiving from Omidyar Network, which belongs to eBay founder Pierre Omidyar.

The National Union of Journalists of the Philippines said the revocation of Rappler’s registration is “but one of many threats Duterte has made against media critical of him and his governance, such as the Philippine Daily Inquirer and broadcast network ABS-CBN, whose franchise renewal he threatened to block.”

Human rights group Karapatan found the recent acquisition of the Philippine Daily Inquirer by businessman and Duterte’s good friend Ramon Ang as an “insidious effort to control mass media and restrict content that questions the government.”

Karapatan also assailed the political persecution against alternative journalists such as columnist Sherwin de Vera who was illegally arrested and currently detained due to trumped-up charges. Another alternative media journalist based in Davao City, Kathyrine Cortez, received death threats over her radio commentary on the rights violations committed against Lumad communities.

Last December 19, 2017, no less than Duterte implied in a radio interview that there are journalists who are members of the New People’s Army. The NUJP was quick to denounce such “wild and dangerous claims.”

Other media groups such as the Foreign Correspondents Association of the Philippines and the Photojournalists’ Center of the Philippines have also spoken out to stand with Rappler as the SEC decision “sends a chilling effect to media organizations in the country.”

AlterMidya People’s Media Network, a group of alternative media practitioners, said “we have always been supportive of the constitutional ban on foreign ownership of media, but will oppose its use to silence the press.”

Meanwhile, Ramento Project for Rights Defenders executive director Fr. Jonash Joyohoy said the “freedom of the press must be fought for at all cost.”

Fr. Joyohoy said, “a government agency’s virtual order to close down Rappler and the recently-documented attacks against other media outfits and journalists is an attempt to silence the people’s right to seek redress and clamor for genuine change. We will not take this sitting down.” (RPRD News) 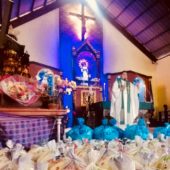 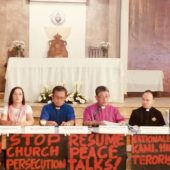