Human rights defenders and church workers are urging the Department of Justice to look into the substantial issues being raised by Australian missionary nun Sr. Patricia Anne Fox, following the August 23 decision of the Bureau of Immigration declaring her as an “undesirable alien” and ordering for her deportation.

“For the longest time, Sr. Pat has been asserting that her participation in various solidarity activities with the poor is but an expression of her faith and her duty as a church worker – a simple fact that government authorities have conveniently ignored in all of her petition. Immigration authorities said as they are merely following the pronouncements of President Rodrigo Duterte, who publicly admitted that he personally ordered the arrest of the missionary nun,” said Fr. Jonash Joyohoy, executive director of the Ramento Project for Rights Defenders.

RPRD is the human rights advocacy arm of the Iglesia Filipina Independiente.

Sr. Pat’s lawyers, in the petition for review that they filed before the DOJ, argued that Immigration authorities have apparently pre-judged the case as they are solely basing their decision over President Duterte’s pronouncement.

Fr. Joyohoy stressed that the government’s seemingly concerted efforts to have Sr. Pat deported are but a clear case of harassment.

He noted that this is not the first time that foreign nationals who have expressed solidarity with the country’s poor are being attacked. These cases include the incarceration of two missionary workers of the United Methodist Church, the harassment of two IFI priests, and the killing of four clergy under President Duterte’s administration.

READ: Philippine president’s ‘Who is this stupid God’ remark is just the tip of the iceberg

Fr. Joyohoy said church workers will not take the Sr. Pat’s ordeal in stride as this could eventually set an unfortunate and unjust jurisprudence for many other foreign nationals who are expressing their support and solidarity with the suffering Filipino people.

He said, “we urge the DOJ to rethink this – over and over again. Do what is fair and just. After all, presidents they come and go. But the truth will remain with us.” (RPRD News) 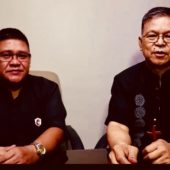 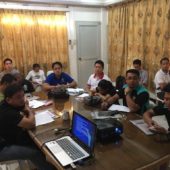