“You have been a refuge for the poor, a refuge for the needy in their distress, a shelter from the storm and a shade from the heat. For the breath of the ruthless is like a storm driving against a wall.” -Isaiah 25:4

While the Filipino people suffer through a prolonged national emergency because of COVID-19, the Philippine government managed to fast-track the passage of the “Anti-Terrorism Act of 2020.” The Senate passed its version of the proposed law in February. Wanting to take on the measure as fast as possible, Congress essentially copied the Senate bill and then passed it as an urgent bill, even while people expressed strong opposition to it. Now, the bill awaits the signature of President Rodrigo Duterte, who has the power to veto.

The Youth of the Iglesia Filipina Independiente, through the National Youth Executive Council, vehemently calls on the government to junk the problematic Anti-Terror Bill (ATB) for the dangerous possibilities it imposes on the Filipino people. The measure can toy with the cherished rights to liberty, privacy and free expression, among others. It also carries provisions that may cause the surveillance, detention and labeling of individuals and groups on the mere perception and suspicion of an Anti-Terrorism Council, which basically bypasses due process and the judiciary system.

The measure can toy with the cherished rights to liberty, privacy and free expression.

The bill can be weaponized to silence legitimate dissent and righteous indignation. It can put at risk prophetic church ministries, journalists, lawyers, academics, human rights defenders, civil society groups, influencers and even victims of unjust policies, from indigenous peoples standing against development aggression to survivors of extrajudicial killings to workers striking against unjust working conditions. The ATB will legitimize the red-tagging and harassment of citizens. It will also give a government with a spotty record in human rights the power to do warrantless arrests and take people into custody for up to 24 days, without having to pay damages when people are wrongfully taken.

While we believe that terrorism has no place in a safe society, we do not need a law that defines terrorism so broadly and vaguely that anyone can be a suspect. As young people who worry about the health of our democracy, we applaud all those who expressed apprehensions, whose pressure awakened countless people across the globe and got some representatives to revisit their decision.

Even as the bill seems good as signed, let us continue to participate in campaigns to junk ATB, encourage our lawmakers to publicly renounce their vote and denounce the measure, get friends to read the bill if only to raise awareness of the legislative process, ask the President to use his veto powers and, if all else fails, hope for the Supreme Court to declare the problematic provisions of the law unconstitutional. Let us also pray for the preservation of our democracy, which has unfortunately shrunken while the COVID-19 enemy grew formidably.

Even as the bill seems good as signed, let us continue to participate in campaigns to junk ATB.

Even in these dangerous times, YIFI boldly maintains its call for a just and lasting peace for the Filipino people, advocacy passed on to us by the forebearers whose faith intertwined with the nation’s struggle for liberation and Jesus’ vision of equity. This threat that eerily relives the tumultuous times that developed YIFI into the Christian, nationalist and progressive movement that it is today only strengthens our resolve to be witnesses, stalwarts and companions of our siblings who suffer oppression and struggle to reclaim their dignity.

We must condemn the ill-timed passage of the ATB and call for its junking. We enjoin all our siblings in Christ to rise with one mind and one voice to oppose a terrorizing bill. 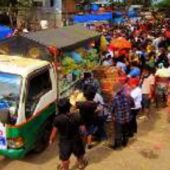 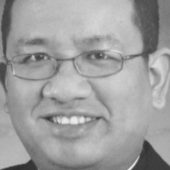