The South Central Luzon Bishops Conference (SCLBC) of the Iglesia Filipina Independiente expressed their adamant opposition to  the proposed Anti-Terrorism Act of 2020, saying the measure would only bring a deluge of human rights violations and crush democracy in the country.

The IFI bishops made their position on the Anti-Terrorism Bill (ATB) known in a pastoral letter released on June 3.

”While a law to better protect citizens against terrorists is necessary, it would be improper to railroad the Anti-Terrorism Bill in its current form. The bill simply needs more deliberation to ensure it is effective and not overboard, powerful but not disrespectful of rights and freedoms,’’ read the bishops’ statement.

The Philippine government has held that the ATB would stop terroristic threats and attacks.

On May 29, the House committees on Public Order and Safety and on Defense and Security adopted Senate Bill No. 1093 and approved a similar House Bill No. 6875, precisely to bypass bicameral hearings. President Rodrigo Duterte has himself sent Congress on June 1 a letter certifying the urgency of the bill. Voting 173-31-29, Congress approved the bill on June 3.

Once the president signs the bill into law, it will supplant the Human Security Act of 2007.

The ATB carries loose language to define terrorist acts. People accused of proposing, inciting, conspiring and participating in the planning, training and facilitation of a terrorist attack may be penalized with life imprisonment.

The ATB provides agents of the state the power to surveil suspects for up to three months, conduct arrests without warrant and detain for a prolonged period suspected terrorists.

An Anti-Terrorism Council will take command of the government’s war machine against terrorism. The council is vested with special powers to designate suspected terrorists and issue orders for their arrest without court intervention. Suspected terrorists can be held in detention from 14 to 24 days, even without a charge.

The SCLBC argued that the measure presents a colossal danger as it could easily typecast “legitimate dissent and peaceful rights defense” as terrorism.

The bishops noted that the measure could trample on human rights and civil liberties. The bill, they said, can be used to “frame or fault innocent people, come after those who bring their moral and political convictions into the public sphere, or jail those simply echoing opinions through retweets, shares and reactions.”

The Aglipayan bishops fear that  the vague definition of terrorist acts on the bill could become a legal method to zero in on anyone — from the President’s political opponents, dissenters and activists to ordinary citizens.

The IFI prelates also raised serious doubts about the bill’s concept of deterrence to terrorism, expressing apprehension on the “government’s penchant for abusing its powers.”

“We need stronger measures for accountability before we can begin to entrust a powerful law to a government that liberally red-tags groups and individuals, publishes unverified matrixes and lists to public-shame, and tends to run on rage and vindication,” they said.

Bishop Rowel Arevalo, SCLBC chairperson, contends that the bill’s provisions for warrantless arrests, the restriction of movement and overstepping on privacy, among others, blatantly violates constitutionally protected rights.

“The proposed law presents an enormous threat to the basic rights and freedoms of every citizen of this country. It is a moral imperative for people of faith to stand in solidarity with other groups opposing this monstrous menace to human rights and democracy,” the bishop said.

“We have all the reason to oppose the bill from becoming a law. The government has repeatedly red-tagged the IFI, and has recently accused our Church as among the ‘open sectoral organizations’ recruiting individual for the underground movement,” Arevalo noted.

He said such malicious accusation can be exploited to directly designate the IFI as a “terrorist organization” which could lead to the arrest of their members who are outspoken critics of the government.

“To allow the bill become a law is to say ‘amen’ to the criminalization of legitimate opposition, and the absolute vilification of the moral and legal defense of our civil and democratic rights,” the bishop said. “We must therefore strongly reject the passage of the ATB,” he added.

Romblon and Mindoros Bishop Ronelio Fabriquier, one of the signatories of the pastoral letter, said Christians were bound by faith to raise their prophetic voice against a “mockery of human dignity.”

“The questions of human rights, our basic freedoms and civil liberties, and our country’s democracy have a profound moral dimension which Christians cannot ignore,” Fabriquier said. The bishop is the board chairperson of the Ramento Project for Rights Defenders, SCLBC’s human rights project.

“Respect for human rights and the rule of law are important principles in the protection and preservation of democracy. These are sidelined by ATB,” Fabriquier said.

“SCLBC believes that human rights, civil liberties and democracy are necessary to protect God’s gift of dignity, which we are all under obligation to defend, especially against tyranny,” he added.

“The questions of human rights, our basic freedoms and civil liberties, and our country’s democracy have a profound moral dimension which Christians cannot ignore.”

Calling the legislation a “tool of oppression,” the Aglipayan bishops warned about the dangers of the the ATB, especially without enough interpellation.

“[We must] rise up courageously and resist the Anti-Terrorism Bill, which can easily become an authoritarian’s tool of oppression. A deluge of violations will follow if we allow it to become law. When that happens, mounting a righteous resistance may be branded terrorism. It will have been too late.” the bishops said in the pastoral letter. 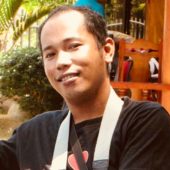 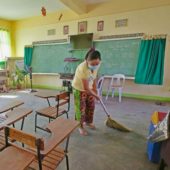